The kids had so far the longest weekend for this year when a typhoon named Maring intensified a southwest monsoon (habagat) affecting the northern part of the country where it rained for almost one week.
For Gabbie, it began on a no-class Friday when we had their PTC and their first quarter grades were released. Then come Monday when the whole Metro Manila was under signal number 1 and there were some flooding in most areas. On Tuesday, Thursday and Friday, there were still no classes due to rains and floods in Marikina. Wednesday and the next Monday had been declared even earlier as regular holiday (Ninoy Aquino Day and National Heroes Day, respectively).
All in all, it was 11 days of really long vacation for the kids. And since there was no chance to play outside, what else can they do but read books, watch a little of their favorite cartoons, doodle, color, do art works and read their books again and again. 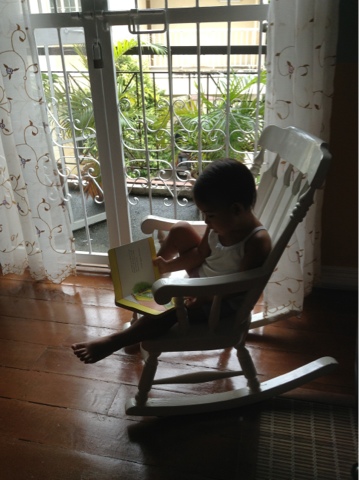 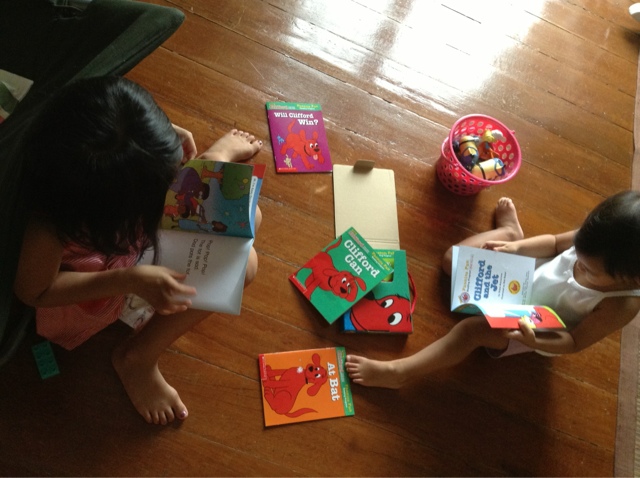 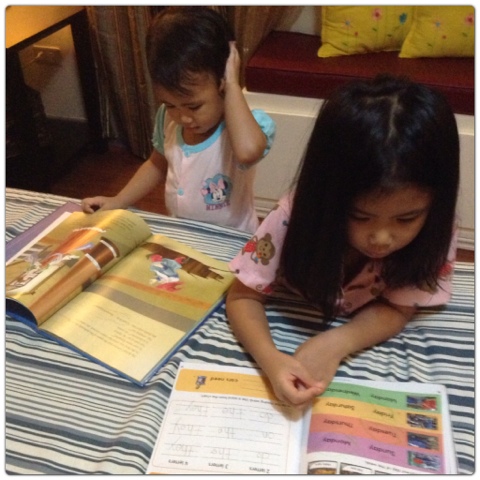 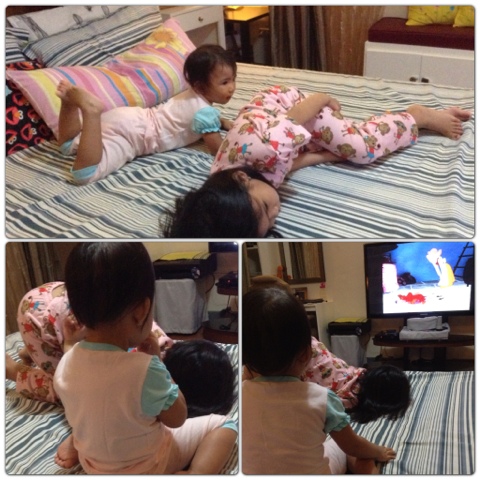 Oh I remember there was one afternoon when they took advantage of the clear skies and were able to go out and play a little. 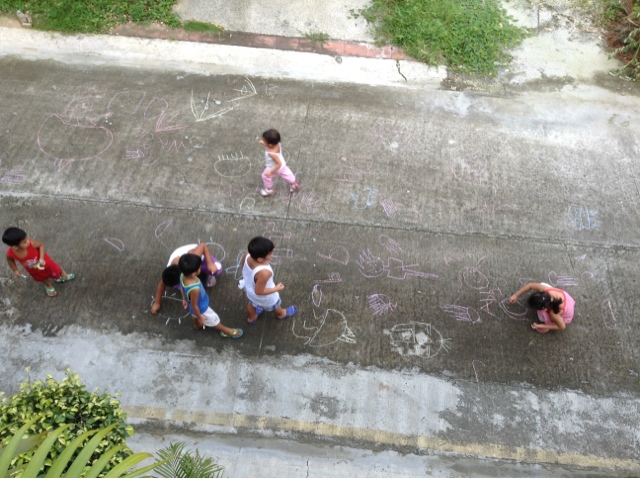 Here's looking forward to another long weekend (sans the rain) to enjoy playing outdoors again...
a day in the life of poison ivy No comments:

Ate Gabbie did it again, despite some difficulties reviewing and some errors in her exams and even seat works.
She even surprised me at how she waited for the right time to open a toy I got for her a month ago, and that is when she gets this award that I told her she can only get if she studies and reviews her lessons well.
So aside from being good in academics, I commend Ate Gabbie for her EQ that proved that delayed gratification  works for us.
Congratulations Ate Gabbie! Keep up the good work :)
a day in the life of poison ivy No comments:

There's a hidden breakfast haven in one corner of Marikina that we just recently discovered. It's called  Rustic Mornings by Isabelo. The place is simply elegant, very welcoming and cozy and the food tastes great as well, at a reasonably affordable price. 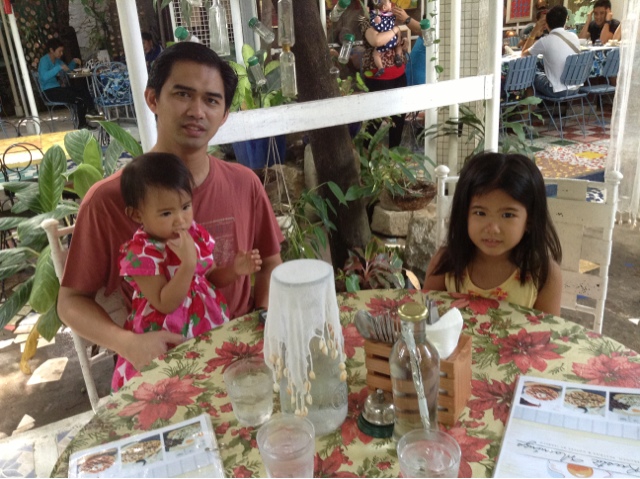 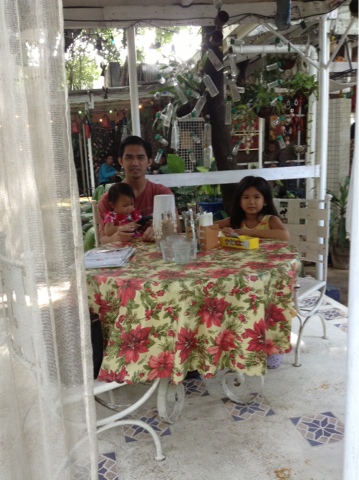 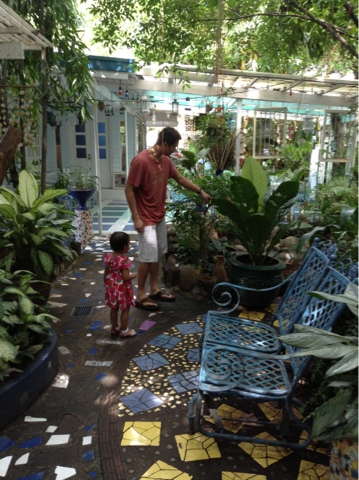 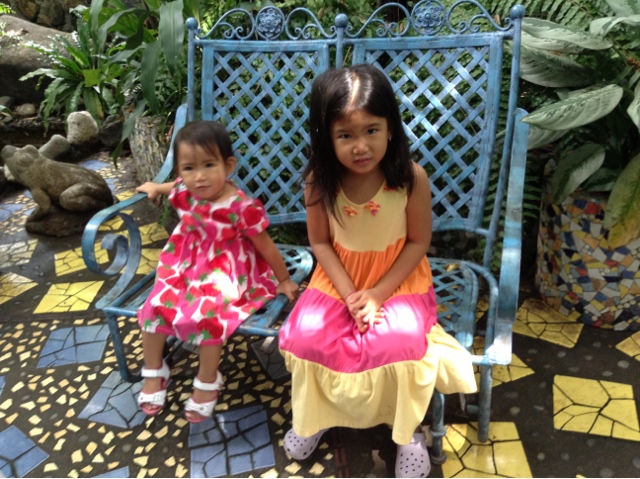 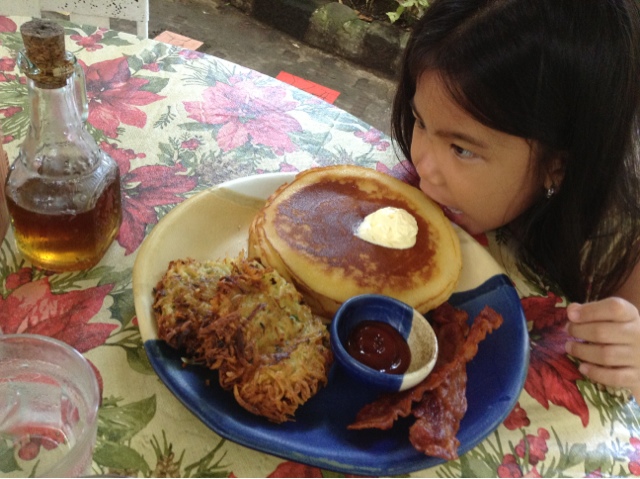 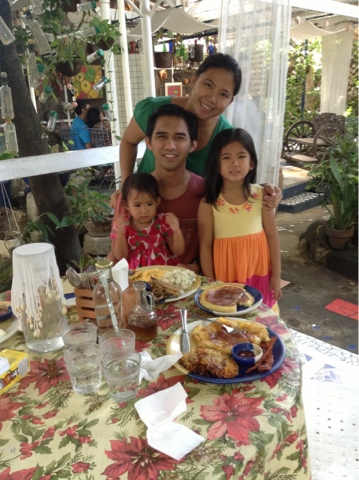 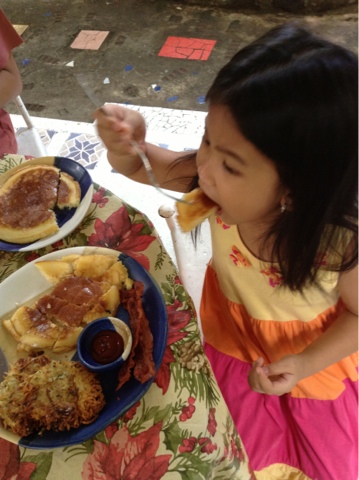 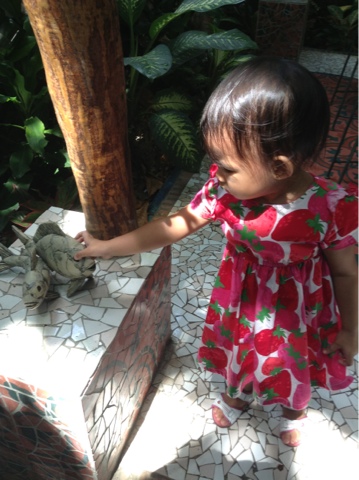 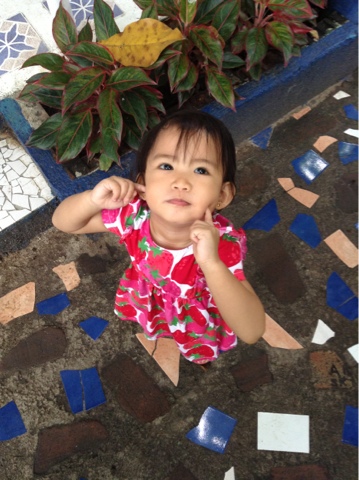 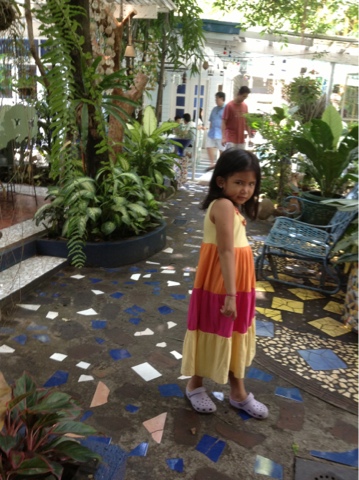 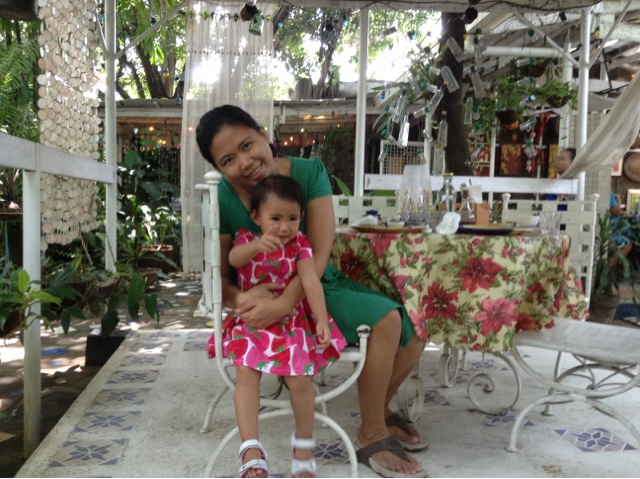 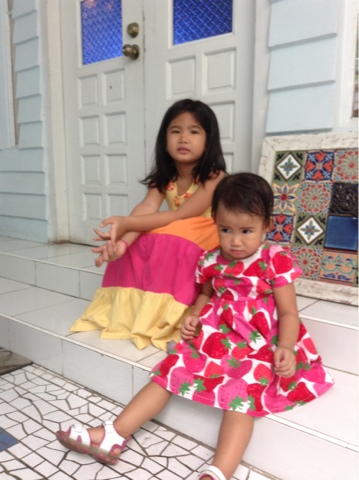 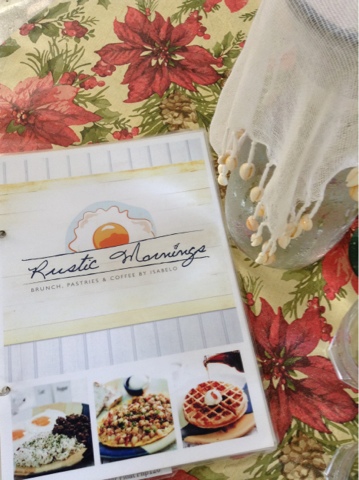 We had an impromptu trip to Tagaytay last weekend when the Nacuas invited us to Nica's birthday celebration in Natures Discovery Camp in Tagaytay City. It was such a short notice but invites like this shouldn't be declined; these guys are like family, although they live thousands of miles away from us. The last time I saw them was before Gabbie was born. Daddy Mike is Nica's ninong and Tito Nax is Rafa's ninong as well. Macan was our wedding coordinator and has been a good friend eversince. Everytime Daddy Mike goes to Germany. He would always have a dinner or lunch at the Nacua's, and the kids always get pasalubong from them.
And so we went to Tagaytay right after Rafa's regular check up in Capitol Medical, at already past 1 in the afternoon. We were there around 3PM. The surrounding was a little hazy at first then would get a little darker as we drove towards the swimming party venue. There were some point where there was zero visibility that we had to pull over for our safety. When we reached the Camp, all I could see was fog all over. We were like floating in the clouds, and it was really cold. But that didn't stop the girls from plunging into the water as if it was summer. 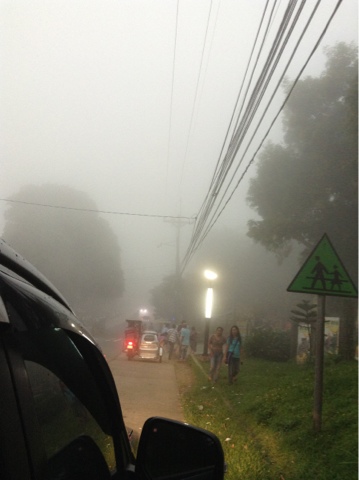 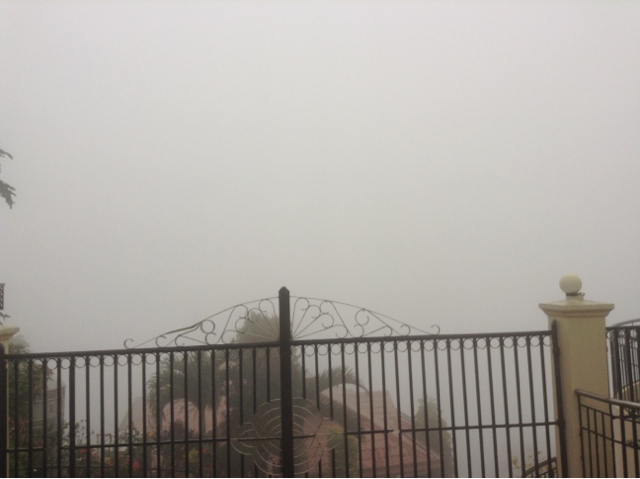 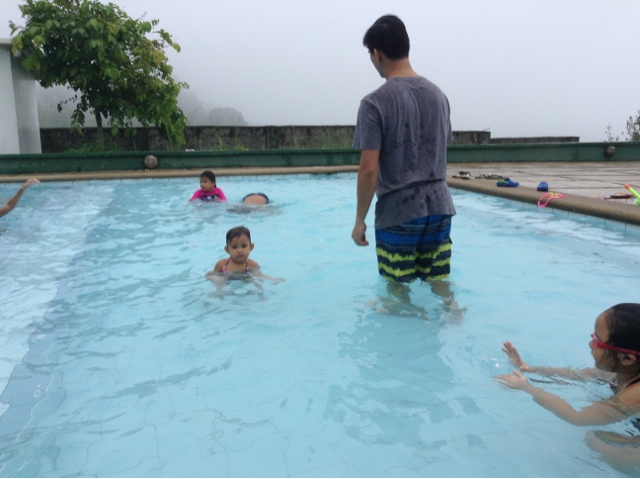 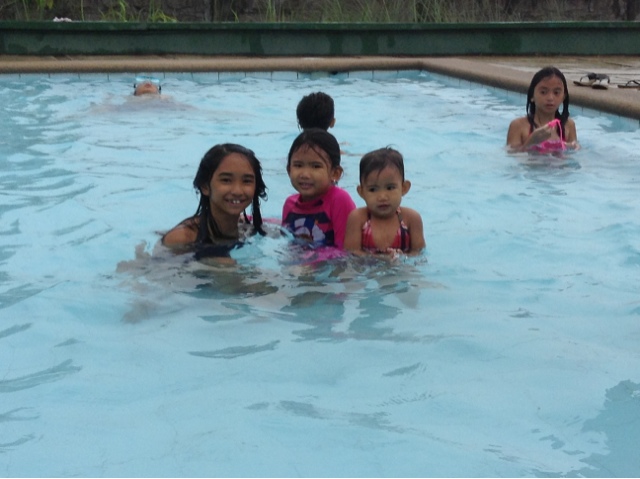 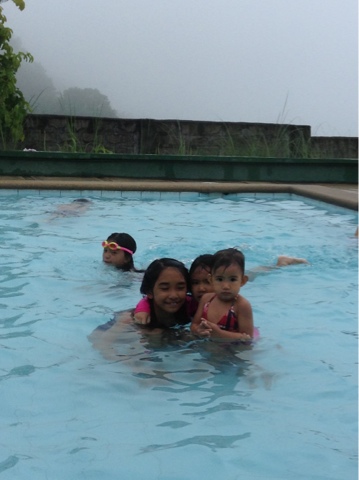 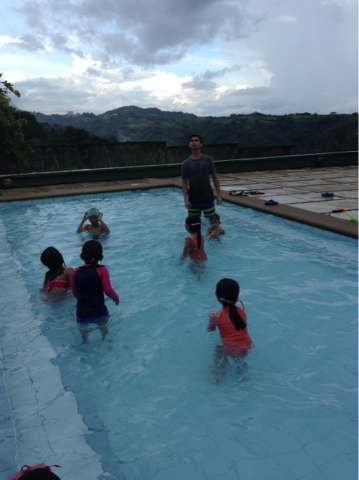 The fog subsided an hour or so later, and the kids continued to enjoy the pool which by the way, had fresh water and didn't smell of chlorine whatsoever. It was cold but it was nice and the kids had so much fun we had to literally drag Gabbie out of the water when it was already time to pack up. 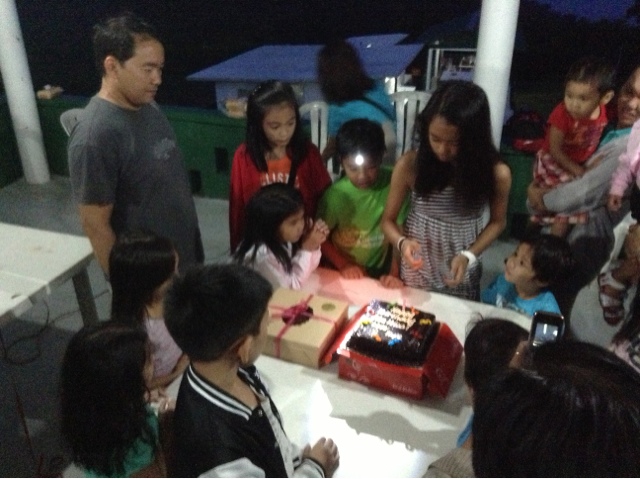 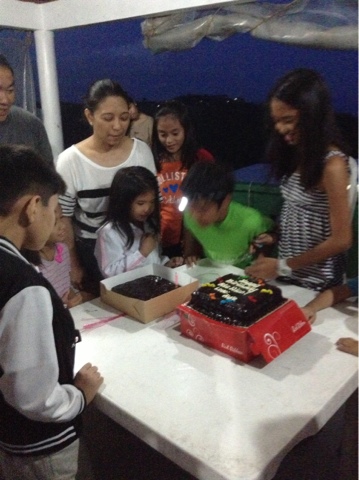 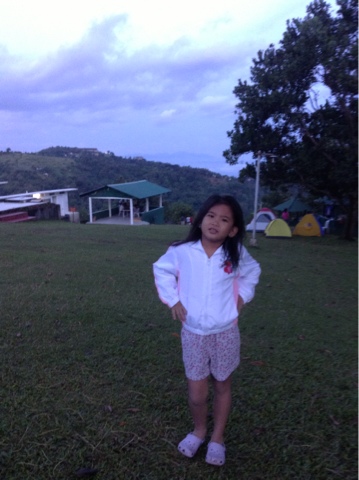 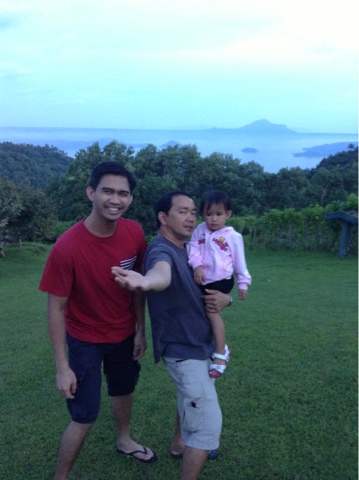 Thank you Nacua family for the foggy Tagaytay experience. Hehe. Hope to see you again, soon. And hopefully the next time the kids would be experiencing not just fog, but also snow, in Germany :)
a day in the life of poison ivy No comments: